A Prayer book said to have been used by Prince Charles Edward Stuart at Culloden Moor in 1746 was gifted to the museum in July 2018. 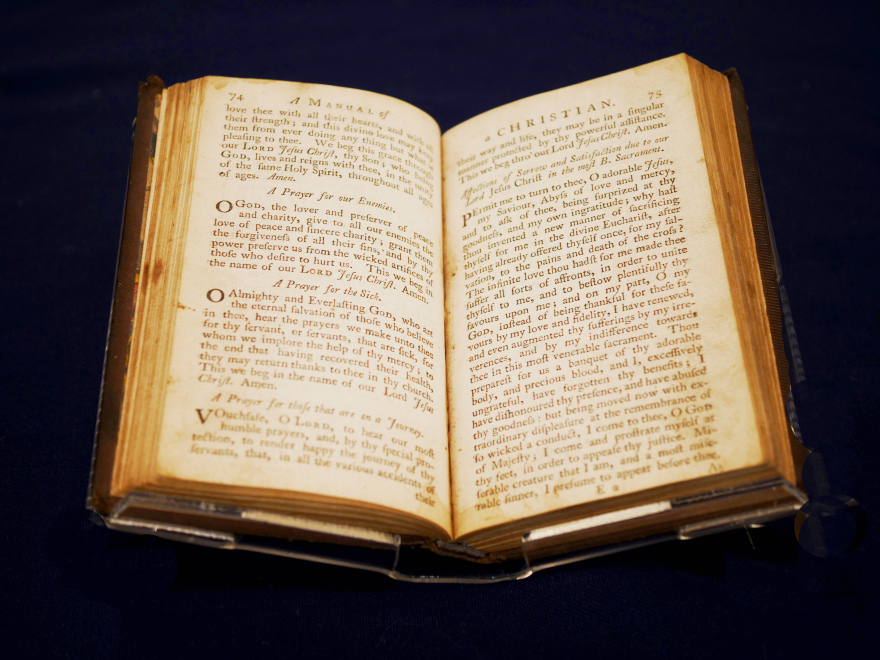 The prayer book titled "Manual of a Christian" was said to have been presented by the Prince on the battlefield to Captain James MacDonnell.  It has been gifted to the Museum by the Captain’s descendent who wished this rare and interesting object to be on display to the public.

Dr. Chris Robinson, one of the directors of the museum, said "The prayer book is a very generous donation.  We have a really good Jacobite exhibition at the museum including objects such as the famous secret portrait and this is a really important addition to our collection."

An inscription on the fly leaf states "This Book was presented by Prince Charles Stuart to Capt. James MacDonell of Glengarry.  It was transferred by him to his Sister Lady Glenbuckett, and afterwards became the property of her Son, James Charles Gordon".

The inscription was added in the early 19th century when the book was rebound by the above named James Charles Gordon, whose own father, grandfather and great grandfather had all been at Culloden.

The Very Revd. Canon Donald Carmichael inherited the book in the 19th century.  In May 1888 he wrote a memorandum based on a discussion with his sister Jessie MacDonald.  According to their testimony, the Prince gifted the prayer book to James MacDonell of Glengarry, a captain in the Prince's army, who was only 16 years old at the time of Culloden.

The prayer book is on display in the Jacobite exhibition.

Vanessa Martin is Curator of the West Highland Museum