Flora MacDonald – The Myths Behind The Legend?

The 31st December 2020 marks the 300th anniversary of the birth of Prince Charles Edward Stuart.  To commemorate this special occasion the West Highland Museum has organised a series of articles written by scholars, academics, authors, and Jacobite enthusiasts.  In this twelfth in the series Exploring Scotland’s History’s Julie Ruddock focuses on one of the heroines of the 1745 Rising, Flora MacDonald.

Flora MacDonald – The Myths Behind The Legend?

A chance encounter between a young lady and a young prince, entwined Flora MacDonald and Charles Edward Stuart forever, in history and in legend.

So, who was Flora?

Flora was born in windswept Milton on the Isle of South Uist in 1722. She was the youngest of three children born of Marion and Ranald MacDonald. Her father was a tacksman who unfortunately passed away within a year of her birth.

She was raised by her father's cousin, Sir Alexander MacDonald of Sleat, in a staunchly Presbyterian family. Unlike many of the Skye MacDonalds, Sir Alexander did not support the Jacobite cause. He stated that the rising was not at an opportune time and he could see no outcome other than failure.

Flora had values that ensured she would be prepared to help those who needed it, regardless of their affiliations. She had not taken part in the rebellion of '45 but would not stand back while another human being was in distress. Although her standing in history has been romanticised over time, the facts also indicate that she was a true heroine. She clearly had the moral compass to guide her actions when required.

Despite many documented facts there are still elements of her story that are little more than veiled legend. One example is the presumption of her attending Edinburgh for her education, there is no documented evidence of this.

Another question hangs over the “romance”. Legend says there was a flourishing, if very short, romantic tie between Flora and the Prince. Documented history would suggest otherwise. Legend claims Flora “fell” for the Prince. However, it was Flora's stepfather who had approached her to assist in the escape and the more likely explanation is that Flora had simply agreed to help with his plight. There is little factual information to support the idea that the Prince “fell” for Flora. On his eventual return to the continent, he indulged in a rakish, playboy lifestyle. Social commentators of the time referred to the Prince in period terms that would translate to describing him as a “love 'em and leave 'em” type character.

Another myth abound is that Flora and the Prince had an illegitimate child. There are currently individuals in the Carolinas (where Flora and her husband would move) who claim to be direct descendants of this child. This may be the most outlandish tale of all. Ten days after Flora assisted with Charles' escape she was arrested and imprisoned for a year, first at Dunstaffnage Castle, then briefly at the Tower of London. The birth of an illegitimate child would have been well documented. It is further alleged that Flora and Allan MacDonald (who she married 5 years after her encounter with the Prince) brought this child to the Americas with them. Again, there is no documentation to support the passage of this child aboard the ship.

Another common misconception is the tale told of Flora saving the bedsheets that the prince had slept in. The Prince in fact stayed at Flora's mother-in-law's home (Lady Margaret of Kingsburgh). It was documented by Flora herself that the sheets had been saved by Lady Margaret who had preserved them with lavender. It was in fact Lady Margaret who requested they be used as her burial shroud, such was her devotion to the Jacobite cause.

In 1948, David Niven starred in the film “Bonnie Prince Charlie”. The level of embellishment, swashbuckling and romance had the production laughed out of most cinemas in Scotland.

What we can safely say is Flora's fleeting encounter with the Bonnie Prince was wholly instrumental in his eventual escape. The Prince disguised as Betty Burke, an Irish spinning maid, landed in Kilmuir, known today as Prince's Point, Rudha Phrionnsa. He is said to have then presented Flora with a locket containing his portrait. They never met again.

We can surmise that young Flora was a lady who would not stand by and see someone in trouble (despite the Prince having a £30,000 bounty on his head). When arrested and questioned why she had assisted the Prince, she responded, “It was no more than I would have done for Your Majesty, had you been in like situation”. 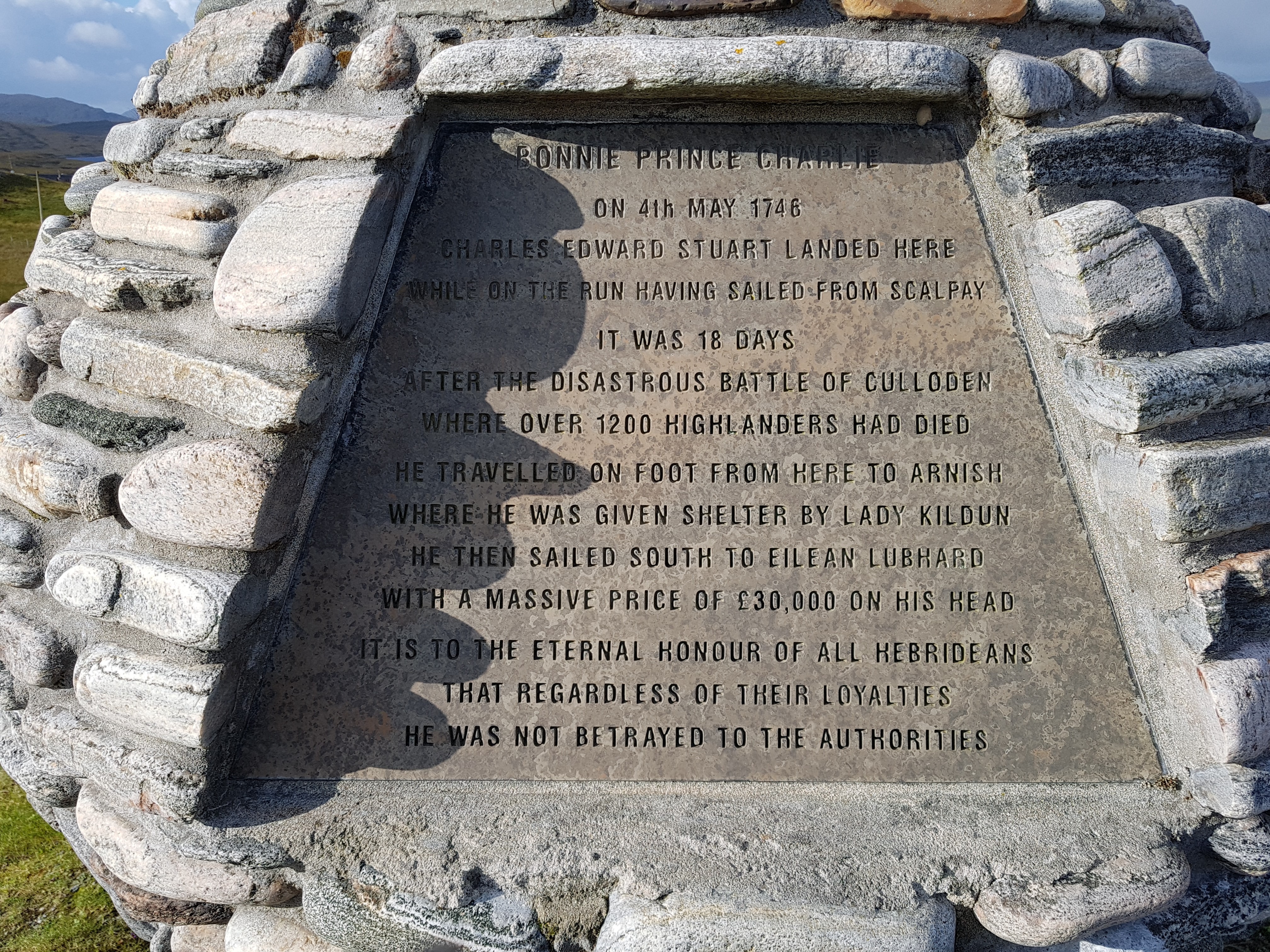 This is what makes Flora a heroine, the compunction to assist without judgement. Indeed, the epitaph on her headstone is not a crown or Jacobite quote, but one from Dr. Samuel Johnson (of Bothwell and Johnson, and dictionary fame).

It simply reads, “Her name will be mentioned in history and if courage and fidelity be virtues, mentioned with honour”.

A Summer In Skye – Alexander Smith

Damn' Rebel Bitches, The Women Of The '45 – Maggie Craig

A History Of Scotland – J.D. Mackie

Highlanders. A History Of The Gaels – John MacLeod