A life history of The Strange Plate

The 31st December 2020 marks the 300th anniversary of the birth of Prince Charles Edward Stuart.  To commemorate this special occasion the West Highland Museum has organised a series of articles written by scholars, academics, authors, and Jacobite enthusiasts.  In this eleventh in the series the West Highland Museum’s Curator, Vanessa Martin, focuses on the life history of The Strange Plate.

A life history of The Strange Plate

The Strange Plate is one of the more unique objects in the West Highland Museum’s collection.  It is an 18th century copper printing plate measuring 203mm x 215mm.  It was etched by the renowned artist and printer Robert Strange in April 1746 and was intended to produce currency notes for the cash strapped Jacobite army.

It was never used because the Jacobites were defeated at the Battle of Culloden shortly after its commission.  The army dispersed and the plate was thought to have been discarded shortly afterwards at Loch Laggan.

Robert Strange’s memoirs[1] provide a detailed account of how the object was created.  Strange was billeted at Culloden House with the Life-Guards under the command of Lord Elcho in April 1746.  Between 11pm to 12 midnight an express arrived from Inverness from Prince Charles Edward requesting his urgent presence.  Strange rode to town immediately to meet with the Prince.

Strange arrived at the Jacobite Headquarters in Inverness and was shown to the Prince’s bed-chamber.  There he is commissioned to design banknotes.  Strange advised he would need a rolling-press, but asked for a day to think about how to proceed.  He returned the next evening and advised the Prince that there was no rolling-press in Inverness, but that he had found a carpenter and mechanic who could construct one.  He presented the Prince with a design for the bank notes of a rose and a thistle.  He proposed etching or engraving this design so that notes could be printed on the strongest paper available.  Strange reports that the Prince took the design from his hand and was pleased with it. 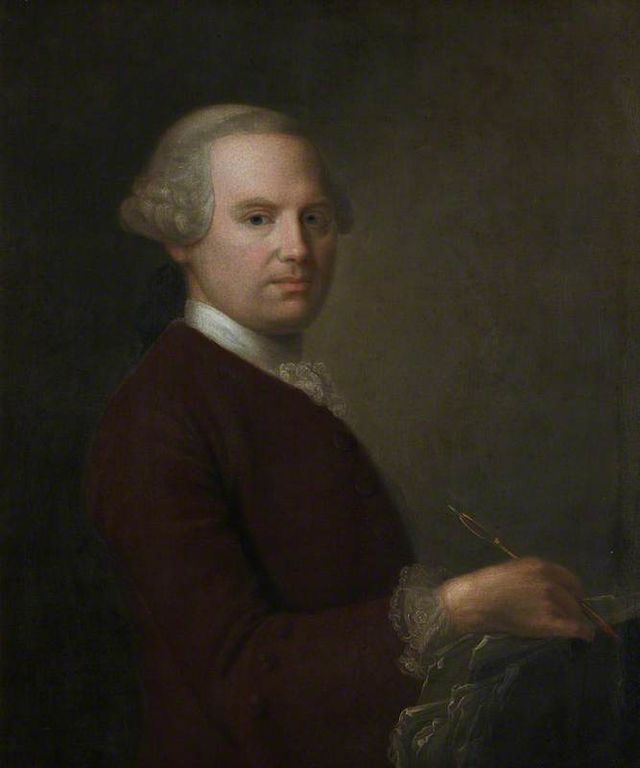 Strange later comments on problems with the manufacture of the bank notes.  Although a carpenter had been employed to construct the printing press, the coppersmith refused to work on Sunday to create the printing plate.  The coppersmith is eventually persuaded to work and the copper plate is completed by Monday at noon.  Strange spends Monday morning making a composition of etching varnish and labours till late at night on the etching.

On 14 April Strange delivers the completed plate to the Prince’s Secretary and returns to Culloden House.  The Battle of Culloden takes place on 16 April 1746.   Strange fought in the battle and survived, but like many Jacobites he fled into exile in Europe.  He is eventually reconciled with the Hanoverian regime and was knighted by George III in 1787.

After the printing plate was abandoned at Loch Laggan it disappears from history for a wee while.  Ongoing research by the museum is still trying to find out the date and circumstances of its rediscovery. However, from the mid-1860s it was in the possession of Cluny MacPherson and remained in his family until it was purchased for the museum’s Jacobite Collection in 1928.  The museum purchased the plate from the Cluny sale in London for £430.

Until recently the museum believed that Cameron was the first to print from the copper plate.  However, recent research has uncovered earlier prints.  The exhibition catalogue for the 1925 West Highland Museum Jacobite exhibition lists a print from the plate was presented to the museum.[2]  This is thought to be a print in our archive that bears the name W.B. Blaikie. 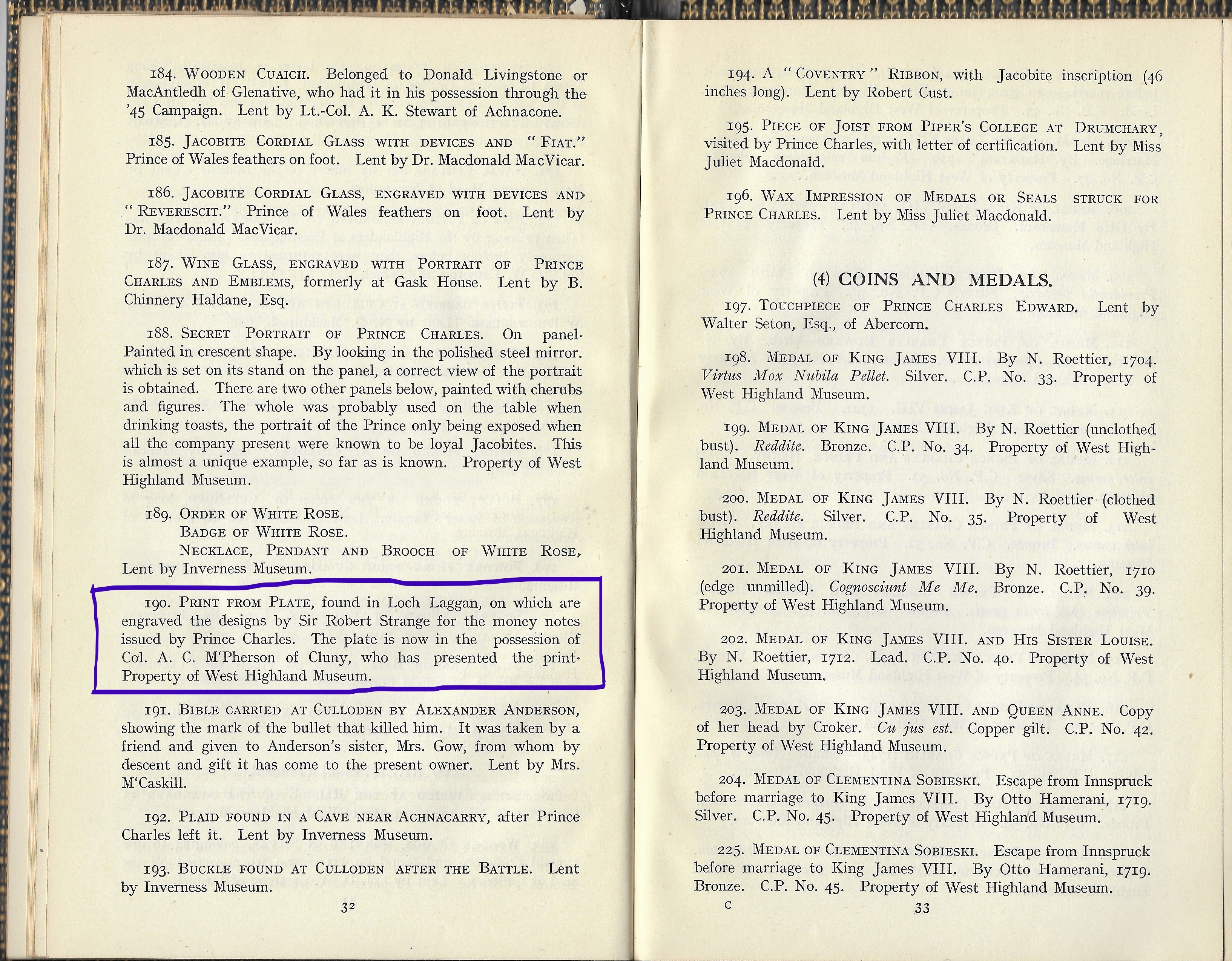 Walter Biggar Blaikie (1847 – 1928) was a collector and printer who had contributed extensively to our 1925 Jacobite exhibition with a series of generous loans.  He also bequeathed us a print which is on display in our Jacobite exhibition.  We consulted with Professor Hugh Cheape and he was able to provide us with additional biographical information about Blaikie and date any print by Blaikie to the 1880s or 1890s.  This mounted print has been tucked away in our store.  Further research is still required to confirm its provenance, but we will now consider displaying it alongside the Cameron print.

The museum has exciting future plans for the Strange Plate. The printing plate has recently been to Edinburgh Printmakers, a specialist traditional printmaker, for assessment.  The plan is to produce a very limited number of bank notes and to sell the prints to commemorate the West Highland Museum’s centenary in 2022.

I travelled to Edinburgh and, along with another museum director, met with Edinburgh Printmaker’s Studio Director, Alastair Clark earlier this year. We wanted to establish if it was possible to print from plate.  If it was, the plan was to produce test prints.