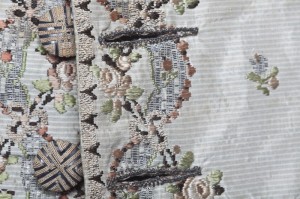 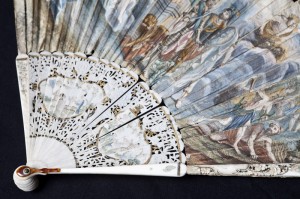 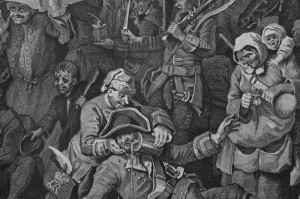 Various codes, symbols and emblems were used to signify support for the Jacobite cause, for example the white cockade and the white rose. Images of bees were also used (signifying loyalty), as well as butterflies and moths (signifying the return of the soul). The museum has a wealth of Jacobite memorabilia, including a wide variety of miniatures, Jacobite glass, standard holders, jewellery, and even spoons.

In late September of the year of the Jacobite Rising, 1745, a ball to celebrate the taking of Edinburgh was held at Holyrood in honour of the Prince. A fan was given to the ladies who attended. They were hand painted on paper and mounted on Chinese carved ivory sticks. The fan makers of Edinburgh who had been commissioned must have been put under considerable pressure to produce them within a matter of days of the event.