The Marquetry Box with a Fascinating Past

We have been lucky enough to receive this beautiful marquetry box in recent weeks and like many of our objects this box’s story begins right here in the Highlands.  All we really know of the man who crafted this box is that he was a German Soldier and for a portion of his life during the First World War he was held as a prisoner of war in the ‘Loch Eilde Camp’.  The ‘Loch eilde camp’, was located next to the River Leven, just over two miles from the village of Kinlochleven, and housed approximately a thousand men at a time. Five Hundred of these men were said to be British Soldiers that did not meet the medical standards for the front line and the others, German and Belgian soldiers [prisoners of war] and conscientious objectors.  The camp was active between 1916 - 1919, it consisted of 16 separate structures. All or most people at the camp had access to a workshop, theatre, hospital and other amenities. Prisoners could roam the camp somewhat freely. However, a line around the camp, referred to as the ‘death line’ acted as a warning to the prisoners - If they crossed, they were dead! This acted as a deterrent and prevented attempts of escape. 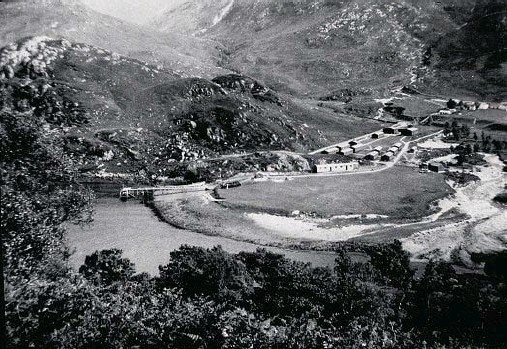 The men of this camp and surrounding camps were utilised for big projects in Kinlochleven, the prisoners of war were marched up the hill or through the village each day for their eight-hour shifts. These men made speedily constructed an aqueduct to supply water to power the aluminum smelter, helping Kinlochleven meet the high aluminum demand throughout the war for the war effort. The men of Loch Eilde camp and surrounding camps were recognised as effective workers so they were also put to work on laying the first road from Glencoe to Kinlochleven. These projects are examples of improvements deemed necessary to the village at the time. The tradesmen among the prisoners were allowed to go into the village and do odd jobs for locals in their homes. Some prisoners practiced music as part of the camp band and worked on theatre performances, said to be presented for locals to watch and enjoy. Jewellers among the men would turn sixpences into rings as gifts for local women. The workshop on this camp likely where this incredible marquetry box was made.  Although the scene on the box does not reflect a specific location the man who crafted this box was definitely inspired by the beautiful landscapes of Kinlochleven. The box was gifted by the soldier to a woman who worked on the camp named Janet Adamson [it's not known what work Janet carried out at the camp]. 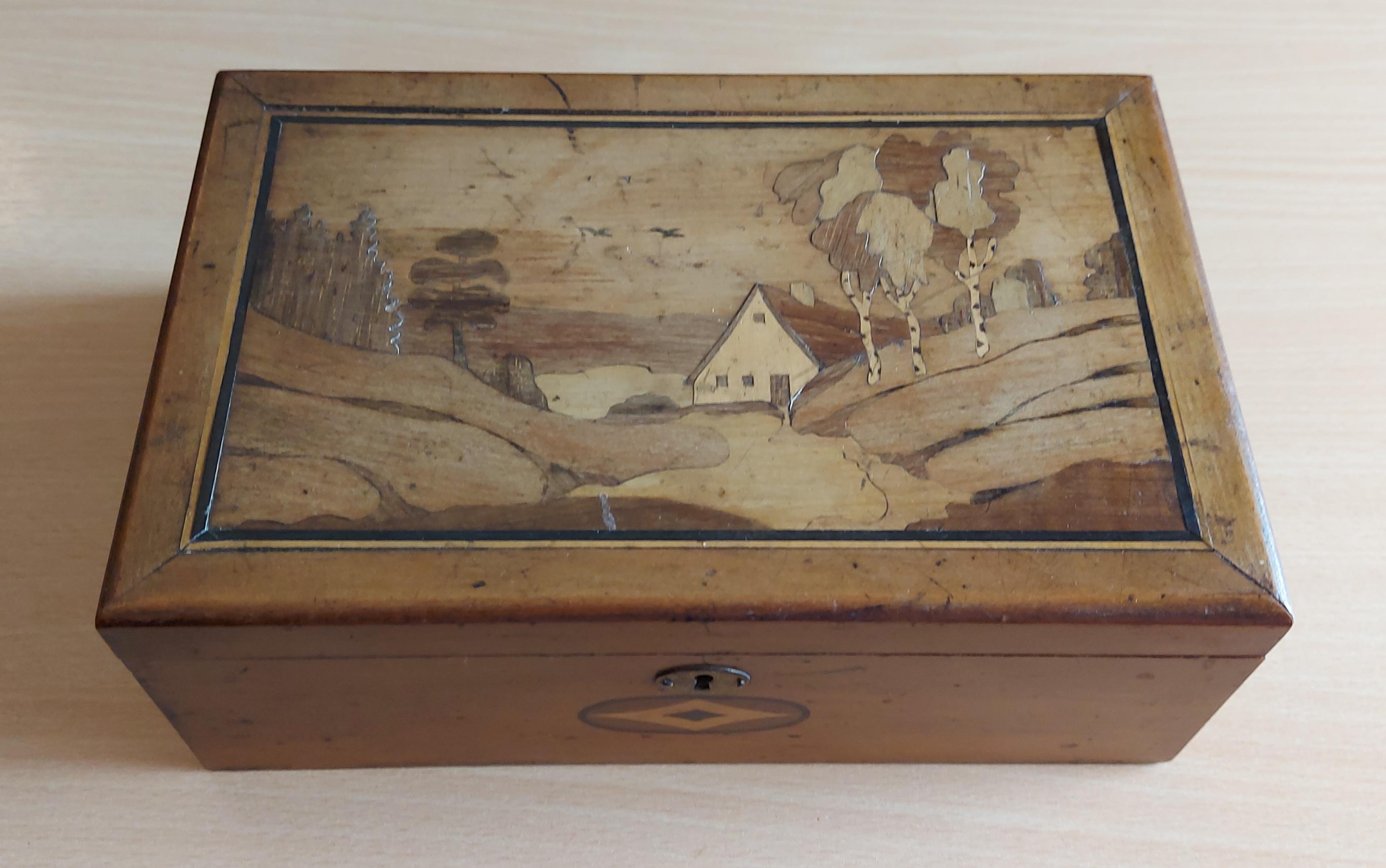 After the war Janet went on to marry a man named Allan Stewart and together they had a daughter named Anne. In 1928, when Anne was four years old, Janet passed away, leaving the box with Anne, which she held onto for her entire life and kept in perfect condition. It sits now in our museum, more than a hundred years old, holding in it nothing but the secrets of a German soldier and his friendship with a beautiful Highland girl. 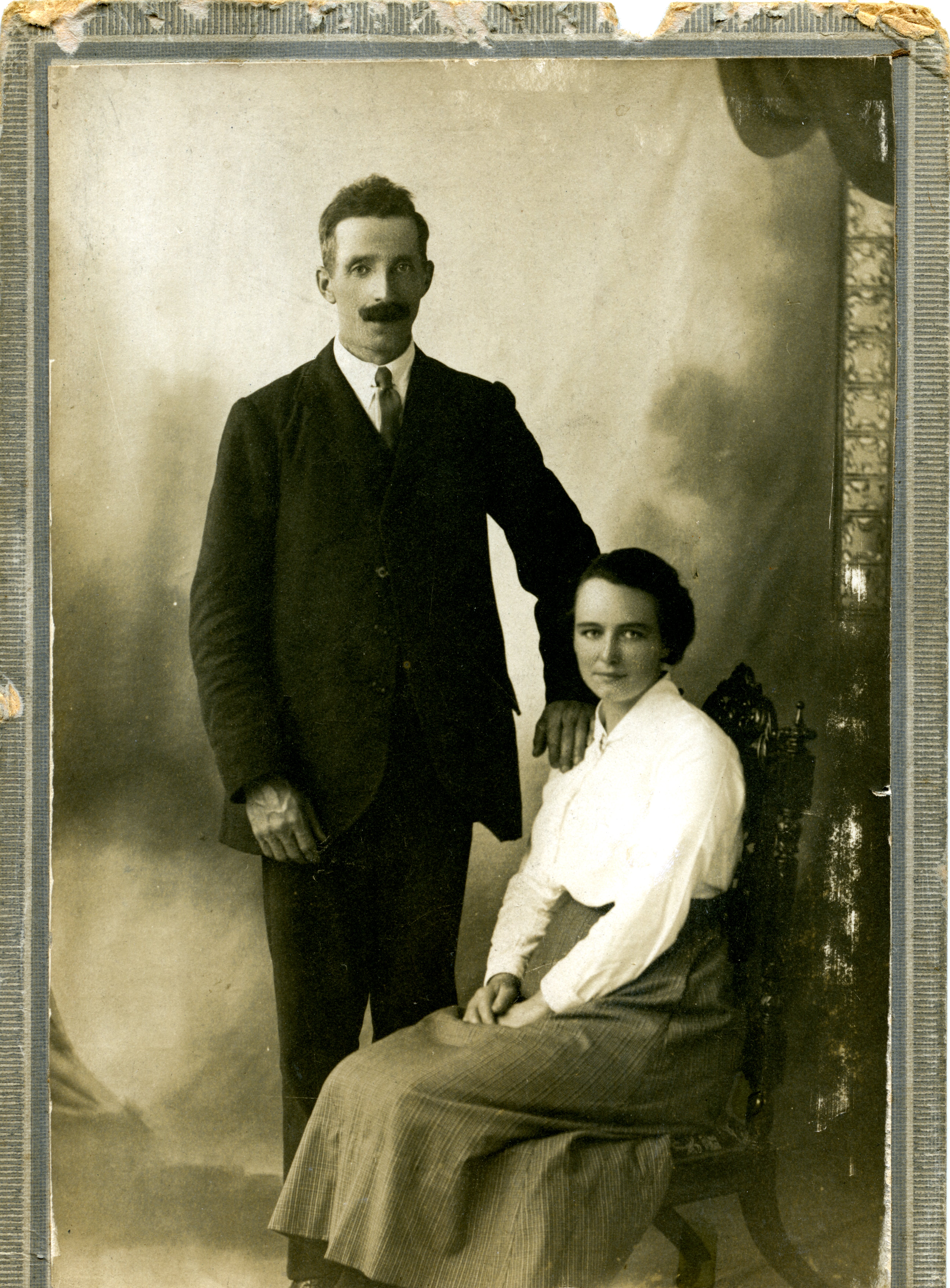 So, although this box is an example of fine craftsmanship, the true beauty is in the box's history. Created in such grim circumstances. the beauty of this box is expected never to fade.

Please feel free to drop by the museum to appreciate this box with us, it’s currently on display in Room 8 and is really worth a peek.