THE MASSACRE OF GLENCOE 1692

Darkness shrouded the Scottish sky one fateful night in 1692, when booted feet echoed their steps off stone walls and floors as streams of blood spread to puddles and marked the Glencoe Massacre on the history of this country forever.

In the wee hours between February 12 and 13 in the winter snow that covered the mountains of this area, a military unit of Campbell clan members were ordered in service of the Scottish government to eliminate the MacDonalds of Glencoe as repercussions for failing to give, as required by law, a public pledge of allegiance to the two new monarchs of their country, William of Orange and his wife Mary II.

At the time, there were two major parties in Scotland, the Whigs and the Tories, the latter of which still exist today and who were losing power at the time of the massacre. Only the MacDonalds held onto their Tory loyalty in their remote Highland area, and this made them an expensive stain to scrub out for the Whig government in Edinburgh.

To convince the remaining disloyal clans to swear allegiance to the new monarchs, a subsidy was introduced for those who cut their losses and gave into the majority ruling, but this still didn’t sway some of the clans, and so the Scottish Secretary, John Dalrymple, had to make an example of one of these dissenting groups.

The MacDonalds got the short stick amongst the rest of being slaughtered.

Like a scene out of Game of Thrones, the 120 Campbells, hereditary enemies of the MacDonalds, carried out their orders for “free quarter” – an established alternative to paying taxes in a society that still didn’t use much cash – and killed 30 of the MacDonalds clansfolk.

Their official directive came as “see that this be putt in execution without feud or favour, else you may expect to be dealt with as one not true to King nor Government, nor a man fit to carry Commissione in the Kings service.”

That night was not something any honourable clansman should be proud of. The MacDonalds had opened up their home to the Campbells, given them hospitality and friendship for the night they spent there until retiring to sleep, and they were all killed in cold blood. The chief was shot on sight as he got out of bed to greet the soldiers who he presumed were just passing by, and his wife was beaten half to death and robbed while his two sons ran free into the cold night outside. 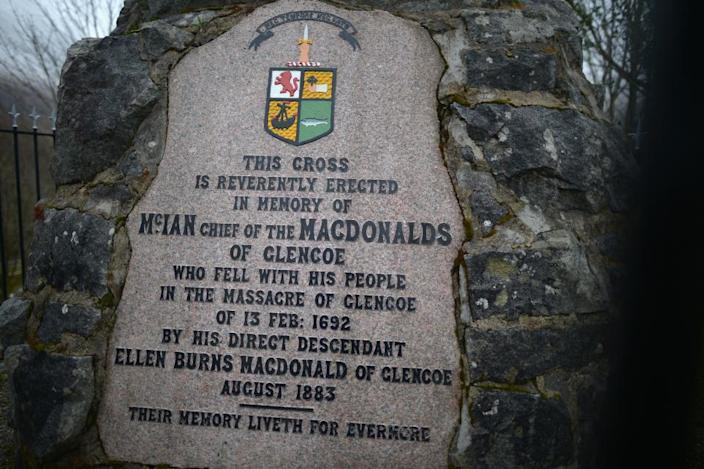 Most able-bodied men managed to flee as their crofts were set on fire in their wake, and their wives and children were dealt the fate of death as they froze until their hearts stopped in the cold snow of that winter’s night in Glencoe.

It was criminal action, so much so that the government had to decide the fate of the Campbells involved and determined it was a case of “slaughter under trust”, otherwise known as murder in cold blood, such as after hospitality had been accepted or surrender had been agreed.

However, given that it was an act of violence carried out under orders from the King, the murder case was thrown out and instead it was trialled as whether the men had gone above and beyond what was asked of them rather than whether the orders were legal.

Now, the victims of the Massacre of Glencoe are remembered by a commemorative cross where the slaughter took place, and their deaths are written in Scottish history as victims of a heinous act.

The West Highland Museum hosts two items confirmed to be directly associated with the Glencoe Massacre: the Governor’s Room, a room setting from the Old Fort in Fort William, which is where the order for the Glencoe Massacre was signed off on, and an adze head or croman, a cultivating tool usually mounted on the end of a c. 2.5ft wooden shaft used for digging and clod-breaking. This object is on display within the Governor’s room and according to the donor, it was brought to Glen Creran by a party of MacDonalds who managed to escape the massacre by breaking out of the back of the house when the soldiers were entering the front. They escaped over the hill to Glen Creran where they were sheltered. 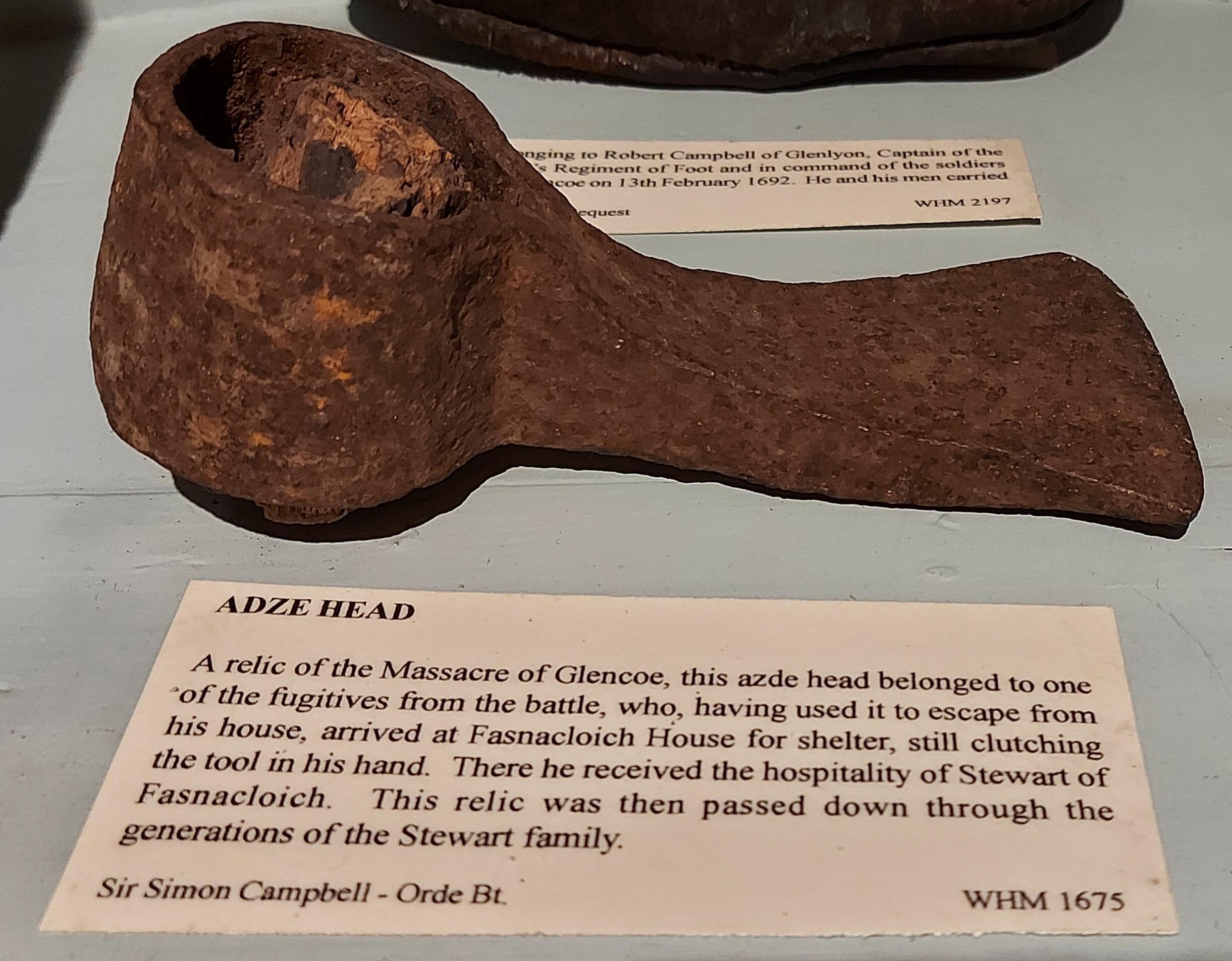 The Glencoe Massacre is just one of many interesting events that took place in Scotland’s past, which the museum so lovingly preserves, so why don’t you come and see this history come to life at the West Highland Museum in Fort William, just off the A82!

University of the Highlands and Islands