Map of Lochaber by Jansson 1659

The Museum was gifted a beautiful map this month, the first ever and printed named specifically Lochaber. It’s actually titled in Latin “Lochabria” and was printed in Amsterdam in 1659 by Jansson. He was a Dutch map maker, and the map was copied from a smaller scale map again printed in Amsterdam by Joannis Blaeu just five years earlier in 1654. 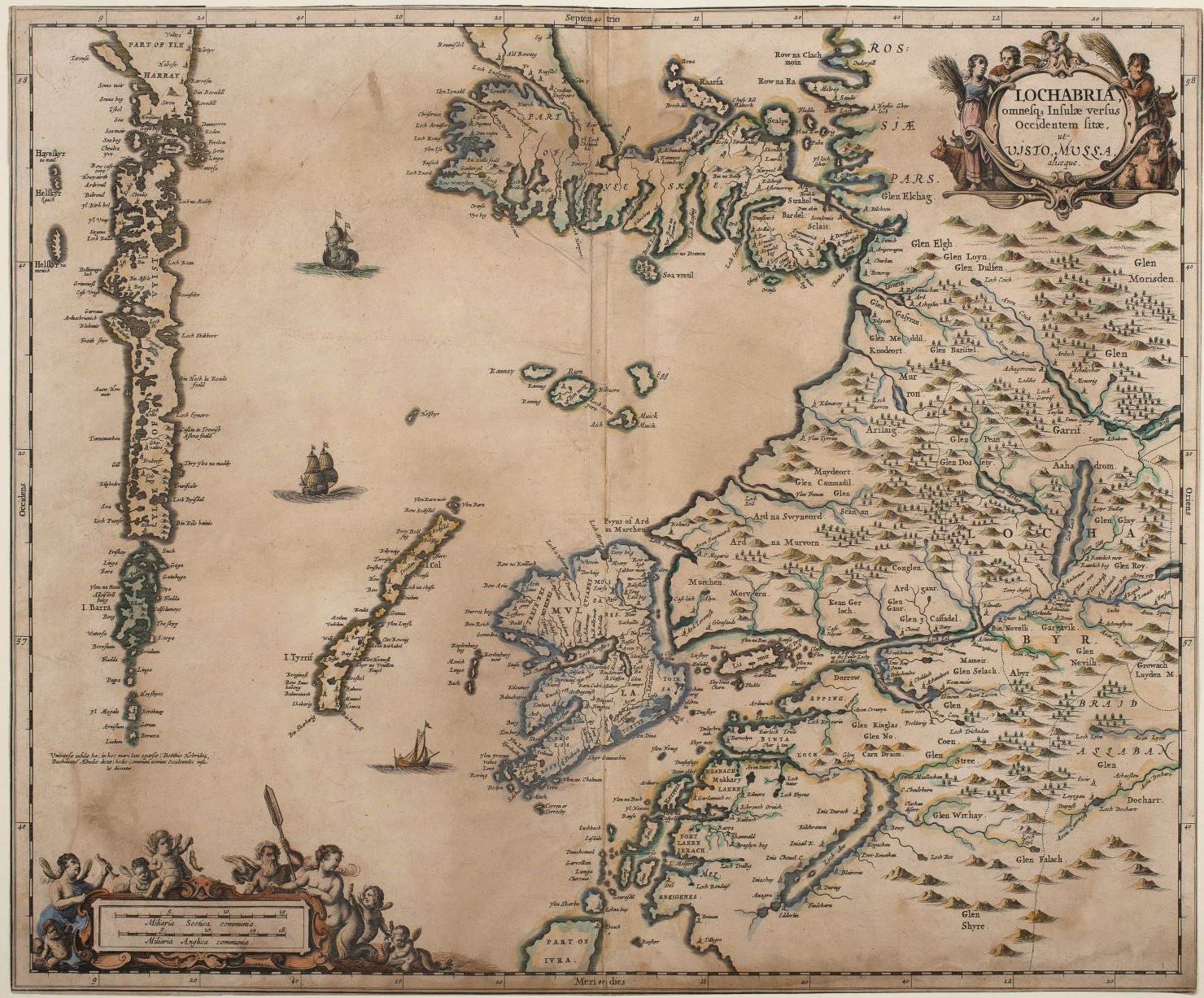 Blaeu engraved his map from sketches made by one Timothy Pont in about 1690.

Pont was a minister, as was his father, who gave him an allowance to support him through 15 years of travelling around Scotland making sketch maps of the places, tracks, rivers, mountains, and woods and coasts of Scotland.

Not all his maps survived but the one covering the area around the head of Loch Linnhe shows Ben Nevis drawn and Old Inverlochy Castle did. The original is preserved in the National Library in Edinburgh.

The Jansson map displays many local place names including Torlundy, Blarmachfoldach, Ardgour, Achintore, Torcastle, Blarour, Tirindrish, Onich and Ballachulish. It has original bright hand colouring and, though primitive by today’s standards shows the outline of the head of Loch Linnhe quite accurately.

The map was gifted by Margie Spencer-Smith who had inherited the map originally from her grandfather Victor Hodgson, who founded the museum 100 years ago this year. The map was delivered after detailed conservation work and so it will be preserved for another 360 years!

After framing the map will probably be on display in the Governors Room in the museum, where the papers for the Massacre of Glencoe were signed and where the doomed James Stewart of the Glen, accused of involvement in the Appin Murder, was first brought after his arrest.

As we attract more volunteers, the museum opening hours are increasing toward our normal routines. We now open Monday to Friday from 10 am to 4pm.

The map will be on display before Easter. Come and see it! 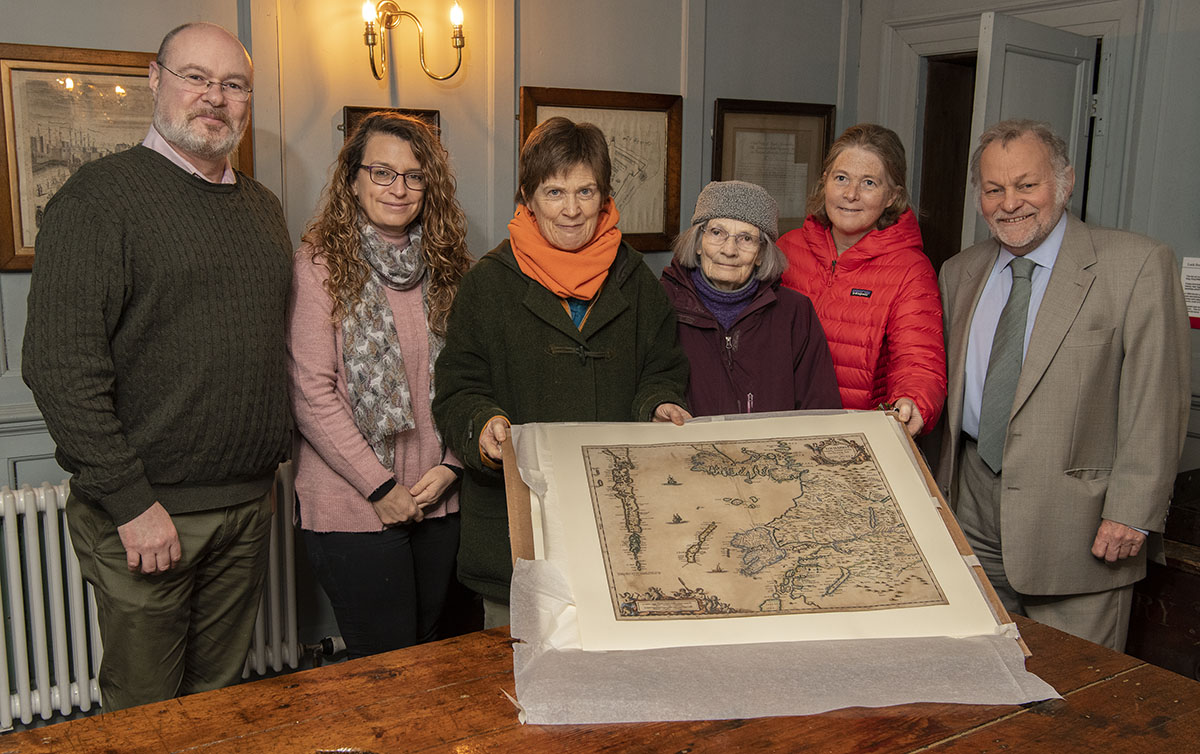