In November, John Currie visited us as the West Highland Museum and was able to provide a fascinating insight into one of the objects in our collection.  This knotted charm is part of the Carmichael Collection which was gifted to the museum in 1992.  The Carmichael Collection is a significant collection of Highland objects gathered by the renowned Victorian collector and folklorist Alexander Carmichael when he travelled the Highlands and Islands of Scotland as an excise officer. 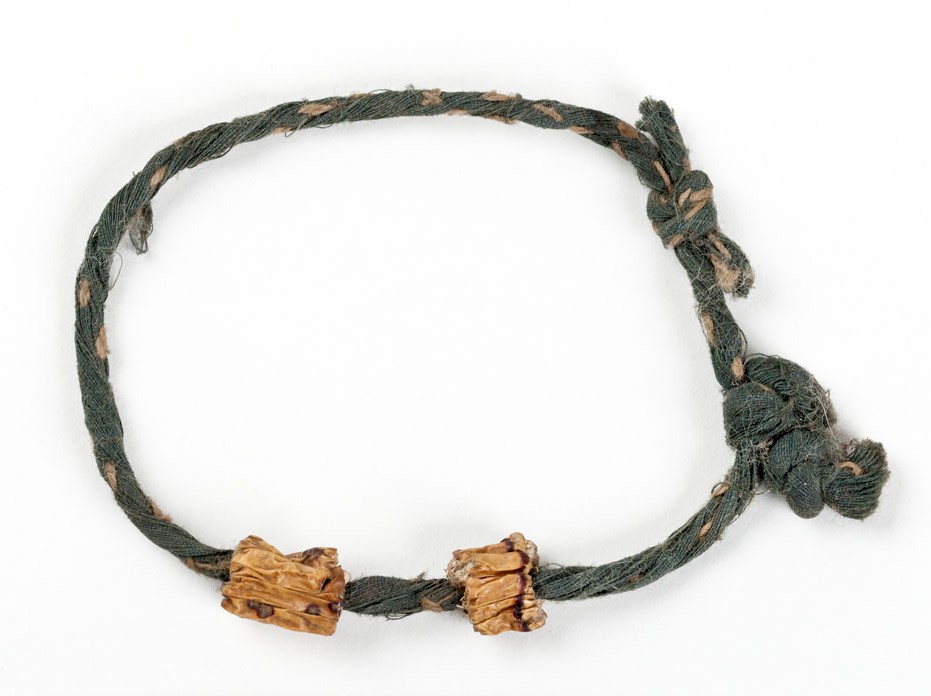 “I thought I’d pen my thoughts on the knotted charms in one of your cases labelled ‘Use unknown, origin, Uist’. Sitting amongst the other objects related to folklore in the cabinet, on seeing the two knotted charms I immediately guessed at what they were based, a story told by my late grandfather.

As a young child in the 1920s on North Uist, he recalled going with his mother to see a what can only be described as a ‘Charmer’ or Cailleach (old woman). This was the name for someone who was able to make the charms perform the rhyme needed by the locals. I believe this person would just have been a regular member of the community who had a gift.  The ‘charmer’ could be consulted to seek a cure for their milking cow which had either stopped producing milk, or come down with some ailment.  The islanders suspected this was due to a curse or ‘bad eye’/ in gaidhlig ‘Droch Suil’, being cast upon the creature by a devious neighbour who was well known for such things.

At this ‘charmer’s’ cottage in a neighbouring township near Carinish, he vividly recalled this person throwing cockle shells and other objects into a skillet and tossing it over the fire. Either while doing so, or afterwards (I can’t quite remember the sequence) the said ‘charmer’ performed a rhythmic incantation in Gaelic, and whilst doing so knotted a charm, just as the one in the museum’s collection. My great grandmother would have taken this with her, to hang on the cow’s horn or tie to the tail if it lacked horns, to rid it of the curse. I understand it was very effective, or worked like the proverbial you might say!

As interesting as that story was, what is most remarkable to me is that this practice was going on in Scotland within living memory, or the recent past that is, as my grandfather recounted the tale.  Anyway, I hope this information proves useful to better understanding this object in your care.