ALLT A' CHÀISE: THE CHEESE BURN

There were once five sets of tunnels under the Caledonian Canal between Banavie and Gairlochy. One of these collapsed about 1840 and drained the canal.  It was never rebuilt.  The burn that flowed through it, Allt a’ Chàise, was diverted into the canal farther west leaving a dry valley where the tunnel once stood.  Allt a’ Chàise means the Cheese Burn and reminds us of food producing skills that have largely been lost to this area. 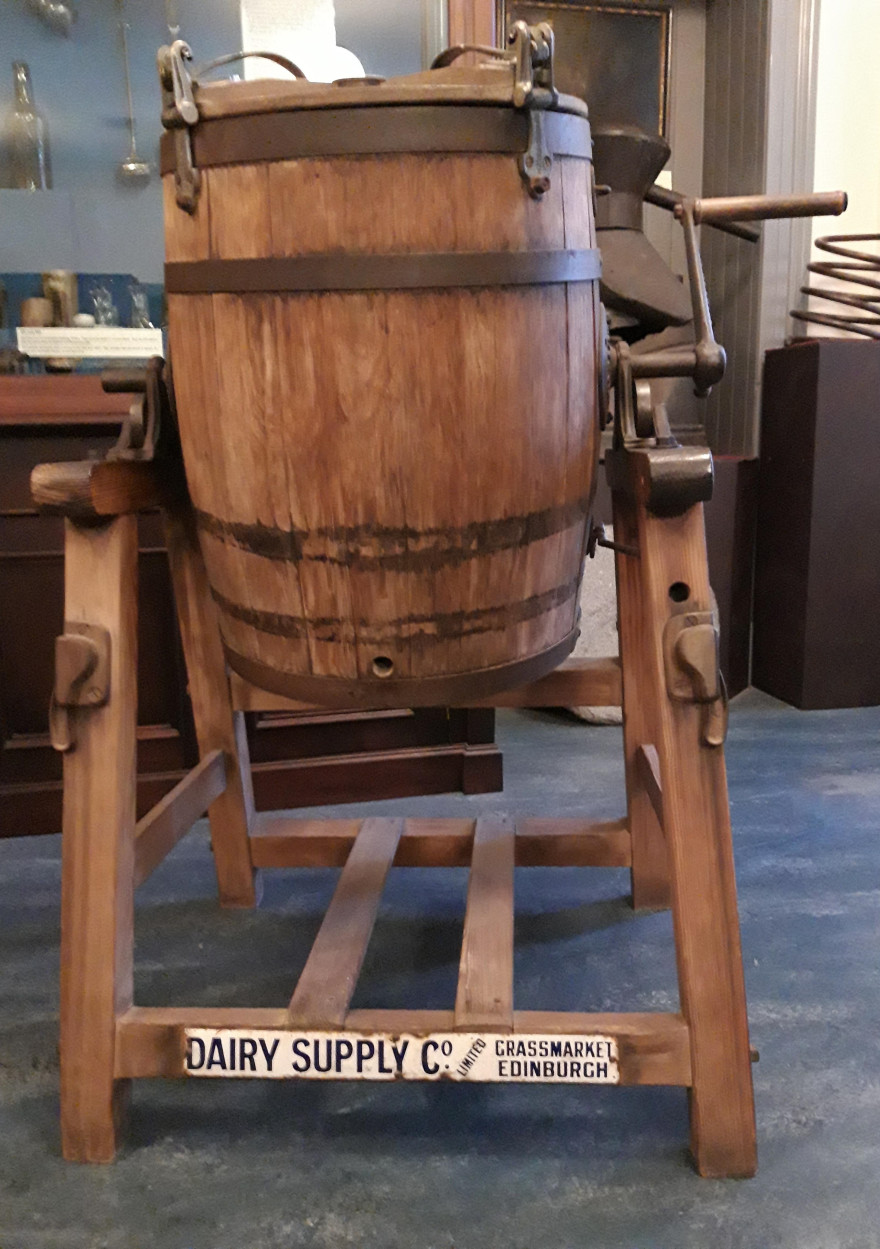 The West Highland Museum has a number of churns including a plunge churn that calls to mind one, last used by my great-grand aunt, that used to reside in our byre and suffered the indignity of being re-purposed as a flower tub.  There was still a little butter being produced for home consumption in Banavie in the 1950s, but a recent programme on Radio nan Gàidheal made me wonder what kind of cheese was made by the Cheese Burn.

I have read that most Highland families kept a few sheep before the clearances.  These were small animals, not unlike Soay or Hebridean sheep.  They were often given names and were taken into the house at night and plucked, rather than sheared for wool.  To my surprise, the Gaelic radio suggested that there were as many sheep as cattle in the Highlands in the 18th century and that these were frequently milked for sheep cheese production.  Perhaps modern historians under estimate the variety of the 18th century Highland diet.  We know that they ate a lot of kale and oats, now recognised as superfoods.  Did a little sheeps’ cheese on their oatcakes and bannocks give the Jacobite army the energy it needed to leave the redcoats trailing in their wake on the march to Derby?  Does this, perhaps, call into question the common idea that the Highlands was a zone of starvation throughout the 18th and 19th centuries?

I once participated in cheese making in an alm in the Austrian Alps.  Looking at my small flock of sheep, with a few ewes in milk, I am tempted to try a bit of cheese making myself.  Probably a bad idea!