The Aftermath of the Rising in Brae Lochaber

The 31st December 2020 marks the 300th anniversary of the birth of Prince Charles Edward Stuart.  To commemorate this special occasion the West Highland Museum has organised a series of articles written by scholars, academics, authors, and Jacobite enthusiasts.  In this seventh in the series, local historian Kenny MacKintosh focuses on the story of Ranald MacDonald, the son of Major Donald MacDonald of Tirindrish.

The Aftermath of the Rising in Brae Lochaber

Ranald MacDonald the son of Major Donald of High Bridge fame was a seven-year-old boy at the time of the defeat at Culloden in 1746. He was forced to flee his home at Tirindrish beside Spean Bridge as British troops under direct orders from their Commander, “Butcher” Cumberland systematically rampaged among the now defenceless civilian population of the Jacobite heartlands. Ranald’s family were reasonably well connected but still suffered dreadful privations and were fortunate to escape the clutches of the psychopathic Lord George Sackville (Lord George Germain from 1770) and his 20th Foot Regiment who burnt Tirindrish House whilst laying waste to Lochaber.

The fate of the common people was much worse, with nowhere to turn, they were subjected to every kind of brutality including murder, torture, rape, robbery, starvation, imprisonment, summary execution, at the hands of the British Army. Their houses were destroyed, crops burnt, animals driven off, food supplies stolen, followed by the enactment of repressive laws designed to eradicate their language and culture and a resurgence of religious persecution. Even in those far-off days such behaviour by a Government towards its own subjects was considered disgraceful. Hanoverian apologists tend to say that this was standard practice for the times, but significantly, German mercenaries in their hire were so disgusted by their cruelty that they refused point blank to participate in the atrocities. Cumberland himself is recorded as seriously planning to forcibly uproot the entire Highland population of Lochaber and transport them to the Colonies. Ranald’s father, the gallant and humane Major Donald, was captured by accident at the Battle of Falkirk and imprisoned at Carlisle before being convicted at a mock trial and executed in a horrific manner. 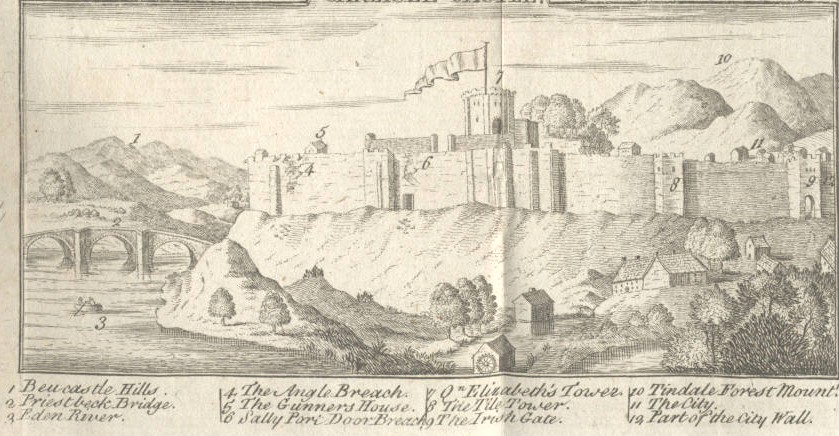 The family found themselves fleeing to the remoteness of Loch Treig to be sheltered by MacDonalds of Fersit, one of whom had just escaped from the Culloden disaster, and joined the desperate bands of refugees hiding out in the inhospitable wastes of Rannoch Moor. An element of the Highland Militia employed by the British had more sympathy for their countrymen than for their paymasters and were to provide some protection for the fugitives. Eventually they were able to make use of a Jacobite underground network which saw them stay for a while at safe houses in Edinburgh, Carlisle, and Traquair en route to permanent protection at the home of a leading English Catholic family at Warwick Hall in Cumbria. The Tirindrish family were Roman Catholics, as were the rest of the Keppoch Clan, and after schooling in England, where he had to relinquish his Gaelic language or “Erse” as he refers to it, Ranald was drawn to the priesthood. He was enrolled in the Scots College seminary at Douai in France and tragically died just before his ordination. This is his own story written as 9 year old schoolboy.

THE ADVENTURES OF RANALD MACDONALD

FROM SEVEN YEARS OF AGE TILL HIS ARRIVAL AT WARWICK HALL.

Then Mrs. Douglas and I went to Traquir, about fourteen miles from Edinburgh, and I stayed there about eight months, and I went to school, and my cousin learned me English and I learned him Erse. And when I was there about eight months, a man came for me, and he came to Enderlithen for me, and the master gave up play all that day, and Sharp got a fiddle and played all the day almost, and we danced country dances and reels. Then I took leave of all my acquaintances. We were three days on the road, and the houses that we were at all night they were very civil to us, and they got a fiddler, and we danced till after ten o‘clock; and there was a young man that I knew that I laid with all night; and we got up early next morning, and we got to Langam at three o‘clock, and we dined there, and we could get to Warwick that night. But Sharp thought that it would be too much for the horse, and we stayed at Langam all night, and next morning we came to Warwick, where I was kindly received.