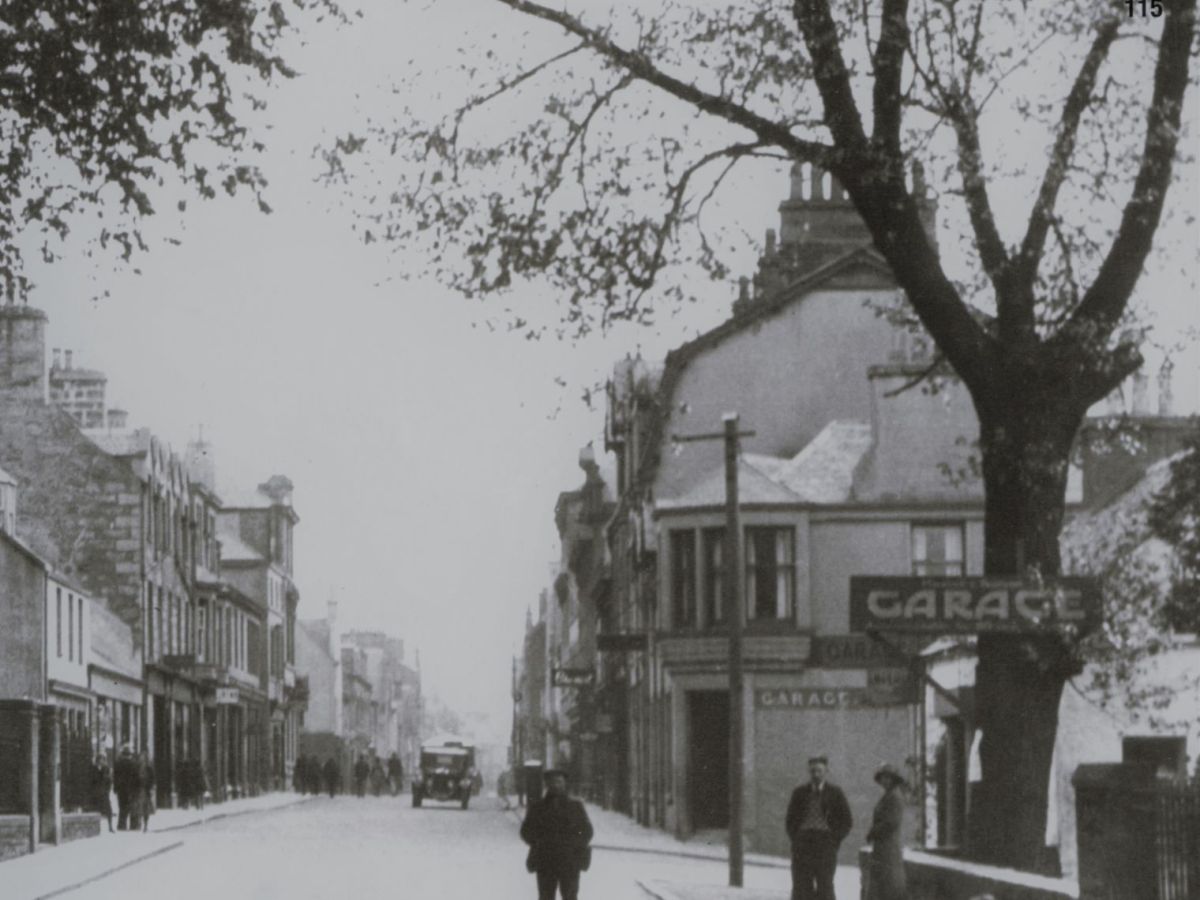 On 8 May 1945 the country celebrated VE Day.  Betty Bruce lived with her parents in Inverlochy village on the outskirts of Fort William where she attended the local primary school.  Here she shares her memories of VE Day in Lochaber.

It will be tomorrow. It will be the next day. It will be soon, soon, soon. All the excited chatter in the school playground was about one thing. When would peace in Europe be declared?  The children in the playground had never known a world without war.  The names Churchill and Hitler were as familiar as Santa Claus.  But Hitler was dead.  The Allies were in Berlin.  We were all ready to celebrate.  Preparations were being made all round the Village.

All the houses in the Village were to be decorated.  Some lucky people had Union Jacks to be flown.  These must have been saved from the 1937 Coronation.  Even if flags were available to purchase, no one would use valuable coupons to get one.  No matter how patriotic, coupons were too precious to use extravagantly.

We had no flag, but my mother sacrificed part of a well-worn sheet to my pleading.  No expert in arts and crafts, I cut out a number of triangular pennants and hemmed them to take a long rope.  These I dyed red and blue.  I already had the white.  When the great day arrived my long suffering father draped them high along the front of our house.  I was so proud.  I had done my bit to add to the celebrations.

Finally, we knew the day!  The headmaster had toured the Village the night before to tell us that there would be no school the next day.  We all listened to Churchill’s victory speech on the wireless.  Television was a myth to us. Television was something that would come in post war Britain.  The highlight of the day was the bonfire.  It had been patiently assembled, waiting at the gully on the edge of the British Aluminium Company’s farm land.  We were allowed to stay up late because it would not be lit until dusk.  Dusk came fairly late in early May.  It was glorious.  Bright, bright light after years of black out!  I was not so happy about the squibs someone set off.  We had had enough of loud bangs during the last five years.

Then we were back to school.  The festivities continued.  There was a children’s fancy dress parade.  The adults had an open-air dance which we all watched with glee and admiration.  The king sent each child an illuminated thanks for our war efforts.  These were handed out to all school children.

After the great day, not much really changed.  We no longer carried gas masks to school.  Black out was no longer required.  The street lights came on to be gazed at with wonder for a brief minute then completely accepted.  Rationing continued.  Serving personnel still did not come home.  War continued on the other side of the world in the Far East until the atom bomb and victory in August 1945.

But we had had a celebration.  I remember my pennants with pride.  Enjoyment was the two sweets handed out at school.  And, I still have my missive from the King.