THE STORY OF THE GAELIC BARD IAIN LOM 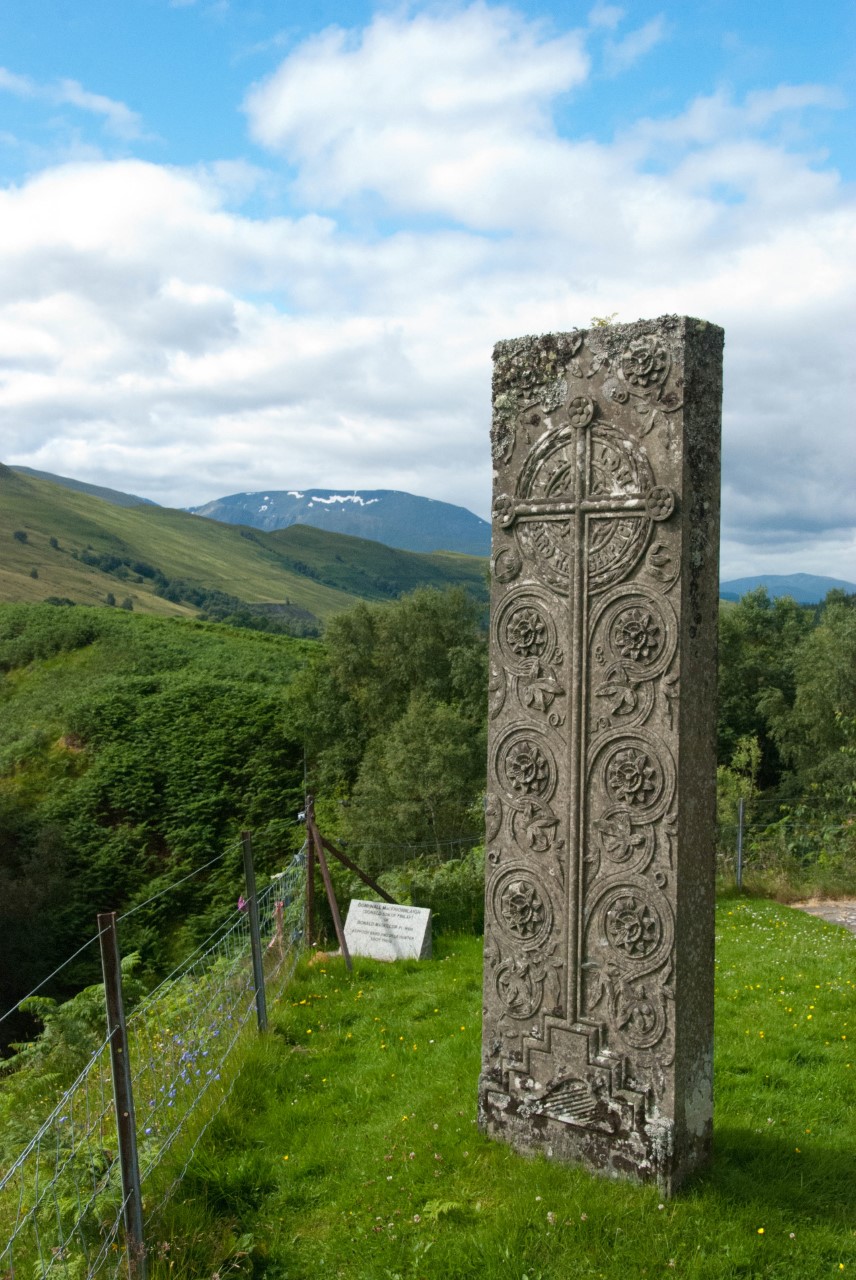 In 1625, as the civil war raged in Scotland two Parliamentary armies tried to bottle up and destroy the Marquis of Montrose and his loyalist force in the Great Glen. Montrose suddenly appeared and utterly annihilated one of these under the Campbell Earl of Argyll.

His army had been guided there over the high snow covered hills by a lad of 20 something called Iain Lom (or John MacDonald). John Buchan called this the greatest flanking march in British military history. The hardship was so great to the lightly clad warriors that Montrose’s own son later died of the effects.

Iain is the most outstanding of the remarkable Keppoch bards, the poets of the MacDonalds of Keppoch, near Roy Bridge. Lom is the Gaelic word for bald; his nickname rather than a surname. My favourite exhibit in the West Highland Museum is a knobbly black stick believed to have belonged to the bard; as far as I know his only surviving possession, our only tangible link to an astonishing character and his part in Lochaber’s Gaelic heritage.

Although unarmed Iain declined the offer of a sword at Inverlochy saying Cathaichibh sibhse, innse mise; “You fight, I’ll tell it like it was.” Having accidentally killed his own brother in a clan fight, Iain had eschewed sharp pointly objects. Instead he climbed a tree, observed the battle and began to compose his classic account La Inbhir Lochaidh, The Day of Inverlochy. Iain hated Clan Campbell with a balkan intensity which pours forth from this poem. La Inbhir Lochaidh isn’t just a hymn of hate; it is a valuable historical source on one of the most devastating battles of the civil war.

Iain was a Stuart loyalist all his life. Charles II made him his poet laureat. When his young clan chief was murdered he endured great danger and hardship to bring the guilty to justice, cutting off the heads of the murderers and taunting another MacDonald, who had failed to act, with his trophies. Today there is a monument beside the Inverness Road at Tobar nan Ceann, The Well of the Heads, where Iain washed his grizzly trophies before presenting them to MacDonnell of Invergarry. He recorded the event in Murt na Ceapaich (The Keppoch Murders) and gives us insights into the mind and thought processes of a 17th century Highlander.

Before Iain Lom Gaelic bards generally wrote poems of praise for their clan chiefs in the classical Gaelic of old Ireland. Iain Lom marks a transition to the vernacular or everyday Gaelic if his time. His verse is still largely intelligible to anyone with a reasonable grasp of modern Gaelic. He had a long and eventful life; believed to have been present at the Battle of Killiecrankie in 1689 when he would have been in his mid-60s. Loyal to James VII, he was one of the first Jacobites. His hostility to William of Orange comes over strongly in Murt Ghlinne Comhan, his lines on the Massacre of Glen Coe while Oran an Aghaidh and Aonaidh (A Song Against the Union) places him firmly against the union with England.

Dying sometime around 1710 he is believed to have been buried at Cille Choiril, the ancient Catholic burial ground east of Roy Bridge where a monument was erected to him by Charles Fraser-MacKintosh, M.P., in the late 19th century. More people should know about him.