ST KILDA - SMALLPOX, OR WAS IT?

The island archipelago of St Kilda, sitting alone in the Atlantic some 40 miles west of North Uist, was once home to a small population who endured much hardship during the island’s 2,000-year history of human habitation. 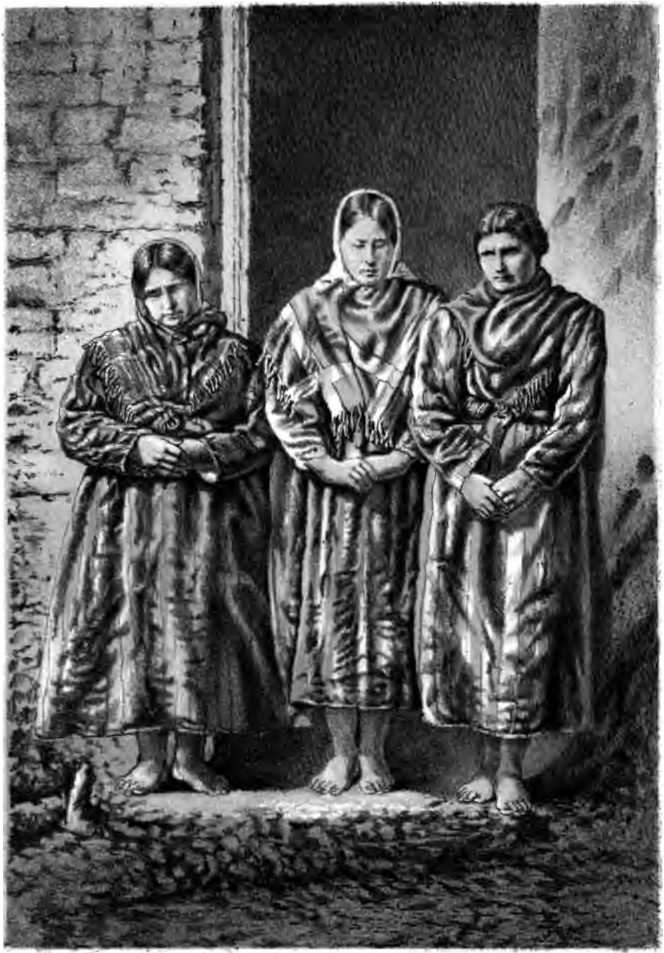 In 1727 the malnourished and beleaguered inhabitants suffered an outbreak of smallpox which devastated the population. In the 18th and 19th centuries smallpox outbreaks were common on the Scottish islands. The Shetland Islands alone recorded ten outbreaks between 1700 and 1830. Importantly, however, during the 1740 outbreak on Shetland, Thomas Gifford of Busta recorded the condition of his daughters in his diary. Two of his daughters became unwell and were bed-bound. Five days later they developed a rash, sadly dying a further eight and nine days later respectively. Eleven of Thomas Gifford’s other children developed rashes but luckily survived. Without realising, Gifford had perfectly illustrated the typical features of smallpox, giving the world one of first detailed, written accounts. These symptoms, as described by Thomas Gifford, can be used to differentiate smallpox from other viral infections:

These medically recognised indicators are important to remember when considering the 1727 outbreak on Hirta, the main island in the St Kilda archipelago.

St Kildans were undoubtedly especially vulnerable to common contagious diseases prevalent in the rest of the British Isles. With their limited external contact, lack of medical care or knowledge, and low herd immunity, it is hardly surprising that the 1727 outbreak was so devastating. Coupled with malnutrition and generally difficult and dirty living conditions, many viruses far less deadly than smallpox would have been likely to have a disastrous effect on the population. Neil MacKenzie, the minister on St Kilda from 1829 to 1843, noted the islanders’ susceptibility to infection, ‘When whooping cough, measles or scarlet fever visit there are more than the average number of deaths.’

Although earlier outbreaks had unquestionably occurred on St Kilda, the first report of the 1727 epidemic came from Daniel MacAulay, a minister from the Isle of Skye, who visited St Kilda in 1728 to evaluate the work of its Church of Scotland minister, Alexander Buchan. MacAulay’s letter to the Society of Scotland for the Propagating of Christian Knowledge stated that ‘of the twenty-one families that were there, only four remain.’ Whilst there are no contemporary accounts, detailing the islanders’ clinical symptoms, Kenneth Macaulay (the minister of St Kilda from 1758 – 59) wrote his own account in 1761, based on his conversations with the survivors, and is the closest chronological record we have:

‘A contagious distemper swept away the greatest part of this people about four and thirty years ago. The distemper was the smallpox. Of twenty-one families, four grown persons only remained, and these had the burden of twenty-six orphans. Before the distemper was propagated, three men and eight boys were sent into one of their other islands (Stac an Armin,) with a design of catching Solan Geese. As universal confusion and mortality ensuing at home, they continued there from the middle of August, till about the middle of May in the following year. The boat in which these men had been wafted over into that island was brought back to Hirta, before the distemper.’

Stac an Armin is an imposing monolith of almost sheer rock that juts out of the ocean. At 643 feet is the highest in the British Isles. The plight of the eleven islanders sent to Stac an Armin to hunt other seabirds was recorded by Rev. Neil MacKenzie, writing in the 1840s,

‘Death after death followed on Hirta. At last there were scarcely sufficient to bury the dead. There were 94 deaths, those who had been left on Stac an Armin were all well. They lived on fish and fowls, but at times suffered much from cold and hunger. They made fish hooks out of a few rusty nails, and also contrived to stitch together their clothing with feathers and patch them with the skins of birds. They returned mostly to empty houses.’

So, was this devastating outbreak on St Kilda, that decimated the population, really caused by smallpox, as was widely believed at the time? It must be remembered in 1727, although smallpox was assumed to be cause of many deaths worldwide, the disease was not widely understood or differentiated from other viruses. Indeed, it was not until some 40 years later in 1767 that William Heberden (the brilliant Cambridge physician) was credited with successfully differentiating chickenpox from smallpox. ‘Smallpox’ epidemics prior to that date cannot be accepted as indisputable.

Heberden described the clinical features of chickenpox as follows:

‘These pocks break out on many without any illness or previous sign: in others they are preceded by a little degree of chillness, lassitude, cough, broken sleep, wandering pains, loss of appetite and feverishness for three days. Most of them are of the common size of the smallpox. I never saw them confluent nor very numerous. The principal marks, by which the chicken pox may be distinguished from the smallpox are,

1. The appearance on the second or third day from the eruption of that vesicle full of serum from the top of the pock.

2. The crust, which covers the pocks on the fifth day; at which time those of the smallpox are not at the height of their suppuration. (tissue decay or festering)’

The 1727 outbreak on St Kilda offers no contemporary clinical records to confirm the accepted diagnosis; but interestingly does feature several points that seem to indicate chickenpox as the possible cause of the outbreak. (It must be remembered that chickenpox has a high mortality rate among a non-immune adult population – known as ‘virgin soil’ -, with limited genetic diversity, and is usually more severe in adults).  In fact, deaths in adults tending children with chickenpox are well documented. The fatality rate is 25 times higher in adults than children, roughly equivalent to the ratio of deaths on St Kilda. Smallpox usually has a far lower death rate among adults than that experienced on the island in 1727.

The epidemic spread widely and rapidly on St Kilda, an unmistakable indicator of chickenpox rather than smallpox. Smallpox sufferers usually only infect another five people, who are most likely to be other household contacts, and hardly ever other members of a community, or even everyone within a household. In contrast, chickenpox infects 90% of household contacts and spreads far more rapidly. Chickenpox, in an unhealthy population, can lead to other fatal complications such as pneumonia and hepatitis, and is a rapidly transmitted disease. Smallpox, on the other hand, has a much slower rate of infectivity and requires a helpful set of conditions in order for it to flourish. The story of the party of islanders stranded on Stac an Armin is perhaps the most important clue in diagnosing the cause of the 1727 outbreak; and outlines how virulently contagious the disease was. The party left a healthy community on Hirta, yet within 10–14 days there were not four healthy males left among the 30–50 men on the main island, to row the four miles to the Stac to collect them. This suggests a transmission rate more compatible with chickenpox than smallpox.

Undoubtedly any islander with suspected smallpox would have been quarantined within their own home, surely limiting the spread of the virus. The viability of the smallpox virus is much lower than that of chickenpox. It is only highly contagious in the aerosolised form. Smallpox virions have a low survival rate and an even lower infectivity on surfaces (such as clothes, furniture, etc), or outdoors. So how did so many people become infected so quickly?

Chickenpox spreads from sneezing and coughing. A viable droplet, no matter how small, can remain airborne indefinitely, meaning a more rapid and widespread infection can occur. Smallpox is highly infectious but short-lived when exposed to air or sunlight.

It was long believed that smallpox arrived on St Kilda on clothing, as described in the 19th century by an 83-year-old resident of the island, in a story no doubt passed down to her:

‘Donald MacDonald lived in St Kilda till he was an old man. He then went to Harris, where he was seized with the smallpox, and died there. The next year his clothes were brought back to St Kilda by one of his relations, when the inhabitants were all seized with the disease, so that only four grown-up persons were left alive on the island.’

In fact, modern study of the smallpox virus has shown that infection from contaminated clothes or blankets is extremely rare, as the virus must enter the host’s respiratory tract to infect. It seems far more likely that the outbreak was not one of smallpox, but of chickenpox instead, likely caused by a visitor from a passing boat, perhaps suffering from shingles. This would account for the rapid spread of the virus, its greater mortality among the adult population, and its community, rather than household, transmission.

Whether the outbreak of 1727 was indeed chickenpox, or smallpox as originally presumed, presents us with an interesting conundrum. Whatever the answer the catastrophic epidemic killed between 80-90% of St Kilda’s population and required the repopulating of the island.

There is one final interesting and surprising twist to the story, which highlights the difficulty in diagnosing smallpox; even in the modern era. Norman John Gillies, the last male survivor of the evacuation of the island in 1930, was born on St Kilda in 1925.  While serving on HMS Cossack in Alexandria in 1945, Gillies developed a rash, which the ships surgeon thought was possibly smallpox. This required his isolation and the inoculation of the entire crew. Gillies was far from popular with his shipmates when it was later discovered that he was in fact suffering from chickenpox!

Mark Bridgeman is an author. His latest book “Blood Beneath Ben Nevis” is available at the Highland Book Shop (Fort William), Waterstones & Amazon. It will be available in the Museum shop from 1 September 2020.